Last night’s AFK Drink & Draw was very well attended.  I think it had to do with the models.  We enjoyed something unusual:  a man and a woman in 1400’s plate armor!  Thanks to Walt and Carolyn for their endurance! 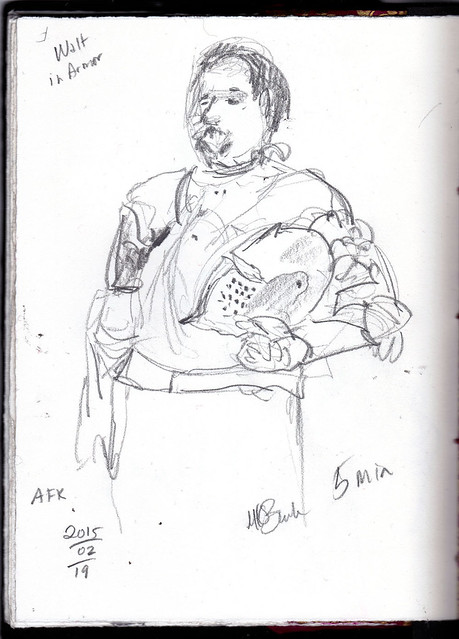 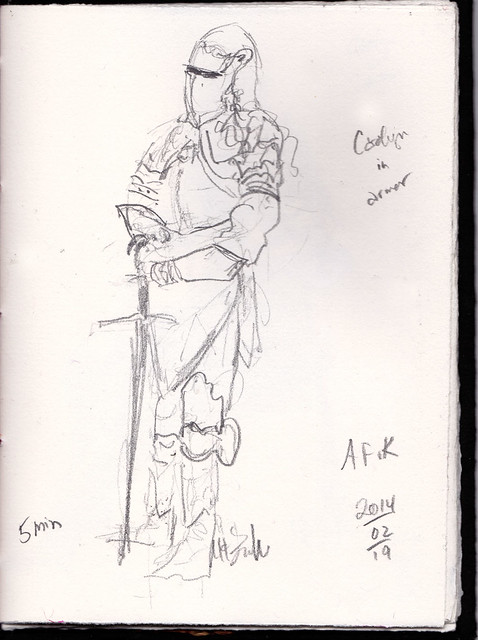 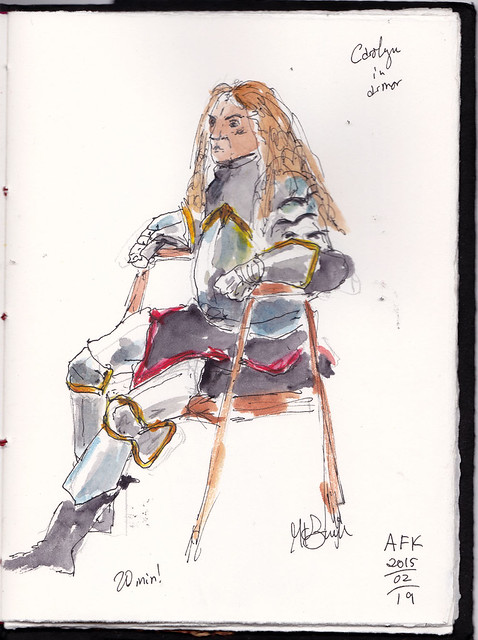 20 minutes! I didn’t include Walt but he was standing. 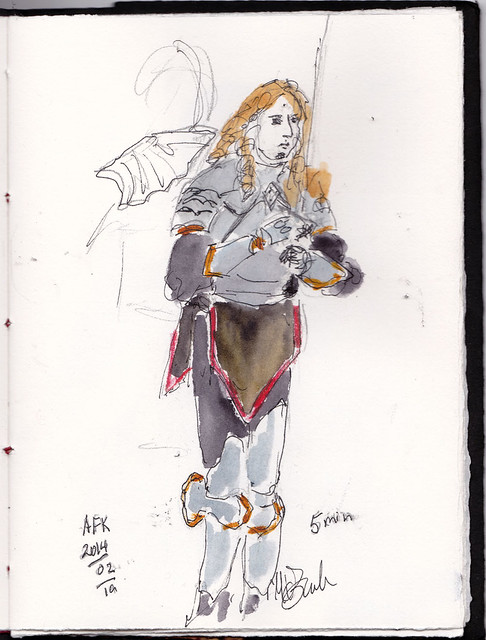 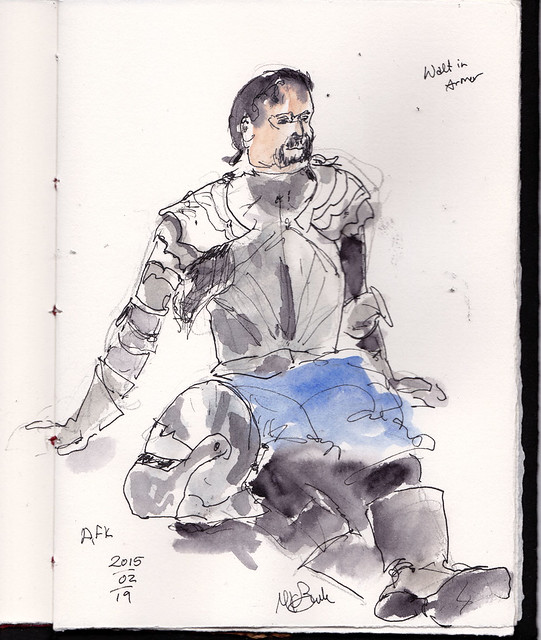 They participate in SCA equestrian events and are also member of Seattle Knights.  I asked about the horses they ride, which are Quarter Horses.

I’ve been involved in the SCA for decades.  I’m not currently very active.  However, great familiarity with this sort of armor probably made it easier to draw!

Born in Michigan. Attended undergrad and graduate universities there. I've lived in England, Germany, Southern California and now Washington (state). I'm a retired Medical Social Worker with a past specialty in Oncology. I've enjoyed exploring historical re-creation through the SCA. I costume in several fandoms. Lately I've returned to Art and have taken up Urban Sketching, a version of en plein air painting.
View all posts by redharparts →
This entry was posted in Drink and Draw and tagged AFK, armor, Drink & Draw, SCA, Seattle Knights, watercolor. Bookmark the permalink.

1 Response to In Armor!