Once again, Urban Sketchers Seattle met at a place I’d never been: The Country Village Shops in Bothell.  There was a scene I wanted to sketch everywhere I turned.  I’d go back every day if it wasn’t 30-90 minutes away (30 min on Sunday; 90 minutes the rest of the
week!).

The property started as a farm, with the original farmhouse built in 1901.  Since then, the property has had a checkered existence, declining to a “den of thieves” in the mid 1960’s.  It was saved by Rod Loveless, a residential land developer, in 1979.

When I looked at the site on the internet, I knew right away my first sketch would have to be this crazy chicken!  It was built in 2006 when Rod decided the Village needed a mascot.  It is made of recycled chunks of styrofoam and fiberglass.  The chicken is 16 feet tall. 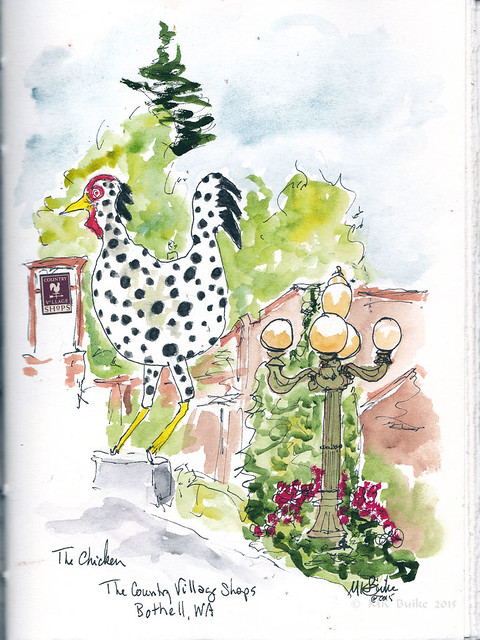 Though it looks old, the Courtyard building was completed in 1994. 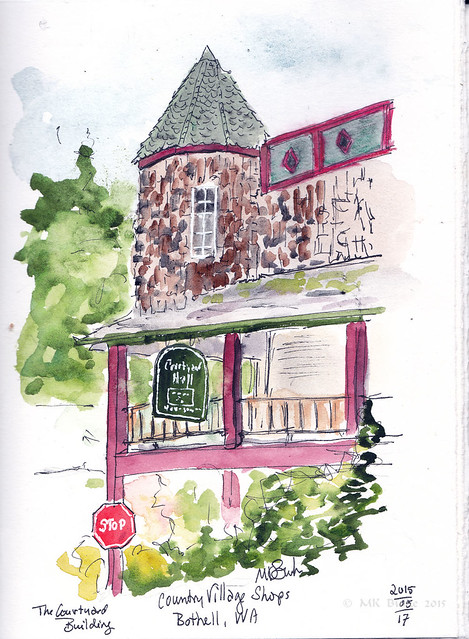 I had just 10 minutes before meeting back up with the other sketchers.  I dashed off this sketch of the frog fountain in my pocket sketchbook. 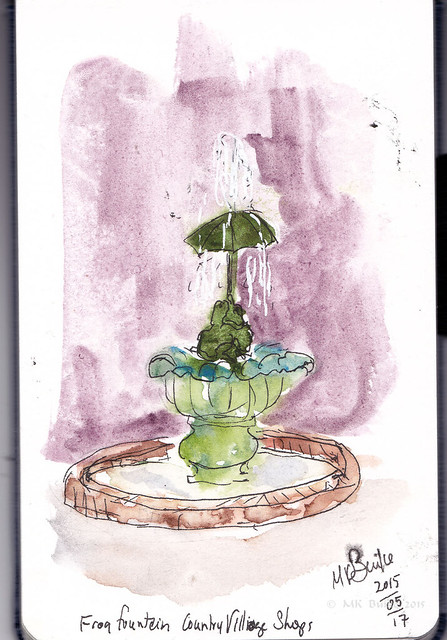 There were several new people today.  We shared our sketches and then had a group photo.

I have more photos of sketchers and from around the property here.