Last night I finally returned to AFK Drink & Draw after an absence of about 6 weeks.  Between having a lingering cold and other commitments I didn’t realize it had been that long!

It was a great session for a return.  Amber as Steam Ariel was wonderful!  Her costume was so imaginative and colorful, which I like as I use watercolors during the longer poses.  Her accessories were very clever!  I really liked that trident made of brass plumbing parts. 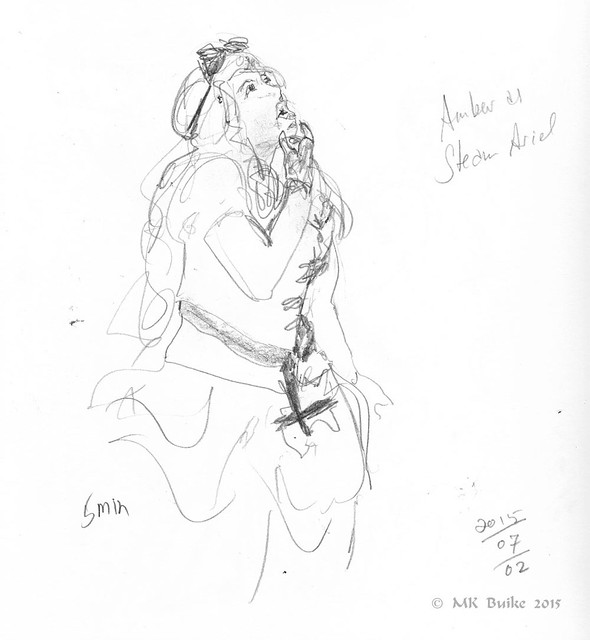 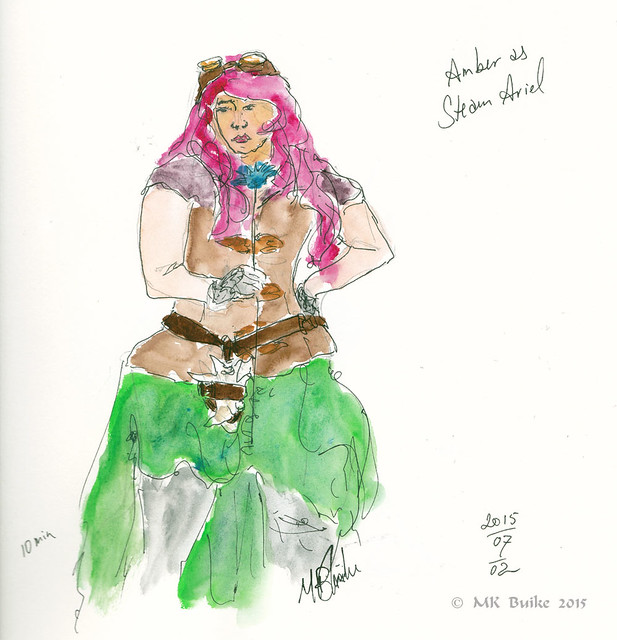 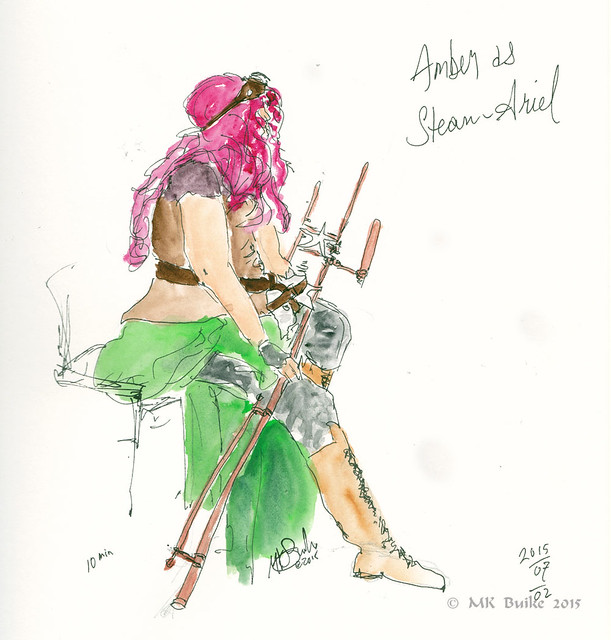 Save the Date: On July 23rd, the group is going to have a one night, “live” show.  Come to AFK in Renton.  We’ll have our sketchbooks on display in the bar area.   There will also be models to sketch.

Born in Michigan. Attended undergrad and graduate universities there. I've lived in England, Germany, Southern California and now Washington (state). I'm a retired Medical Social Worker with a past specialty in Oncology. I've enjoyed exploring historical re-creation through the SCA. I costume in several fandoms. Lately I've returned to Art and have taken up Urban Sketching, a version of en plein air painting.
View all posts by redharparts →
This entry was posted in Drink and Draw, Sketches and tagged AFK, Ariel, drink and draw, Renton, Steampunk, WA, watercolor. Bookmark the permalink.