The Museum of Flight invited the public to celebrate the 50th Anniversary today.  There were many activities available but I was most interested in seeing all the “Astronauts about Town” gathered together on display.

I was able to have some nearly private time with them as I volunteered to help with set up from 8-10am.  We hauled them out of the locked storeroom of the loading dock and placed them under the Blackbird.

Each of them had a poster with information and each poster included my sketch of that astronaut!  I’d allowed the Museum to use them. 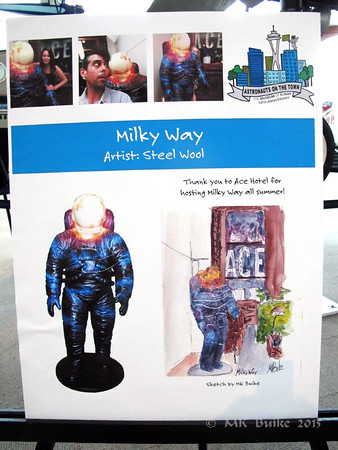 Part of the anniversary celebration was the entry fee was 50 cents, the cost it had been when the Museum first opened in 1965.  That meant there was a very loooong line at opening!  Out the door, down the side walk and all the way to the far end of the building! 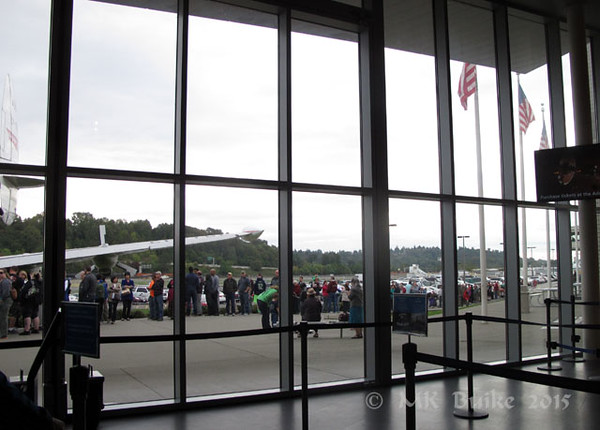 I meant my friend Tina after she got through the line (she’s near the first flag pole, above!).  We hurried down to look at the astronauts again.  I prevailed upon her to take my photo with my favorite astronaut and holding my poster of all the sketches.   (I’m dressed for the 60’s costume contest, tie-dye and vintage buttons). 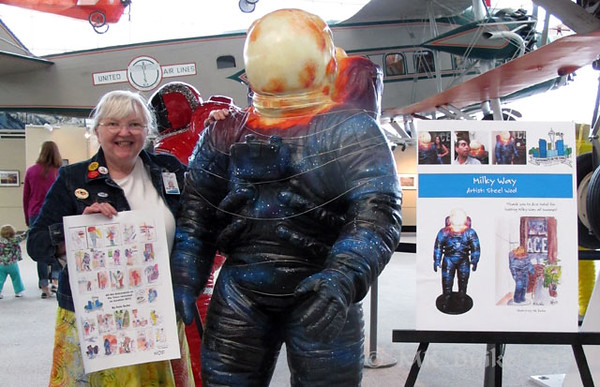 I did one final sketch for this project of the astronauts on display under the Blackbird. 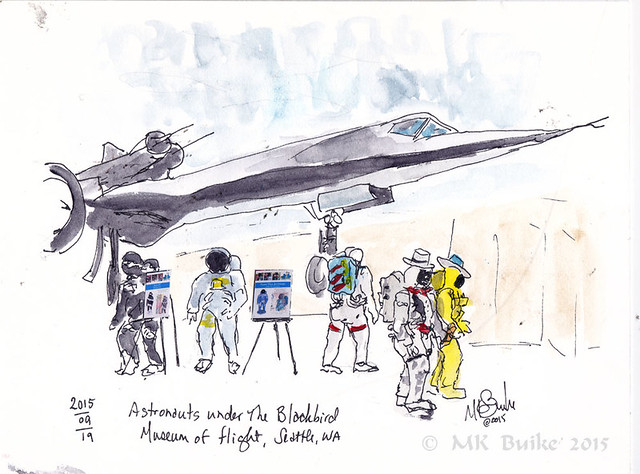 Lots of photos here, including all the posters.

Born in Michigan. Attended undergrad and graduate universities there. I've lived in England, Germany, Southern California and now Washington (state). I'm a retired Medical Social Worker with a past specialty in Oncology. I've enjoyed exploring historical re-creation through the SCA. I costume in several fandoms. Lately I've returned to Art and have taken up Urban Sketching, a version of en plein air painting.
View all posts by redharparts →
This entry was posted in Sketches and tagged Astronauts on the Town, Museum of Flight, Seattle, WA, watercolor. Bookmark the permalink.