The cherry blossoms were reported to be at their height on the campus of the University of Washington (“UW”, pronounced by locals as udubb).  I very much hoped yesterday’s nice weather would hold over to our sketch outing there today.  It was not to be.  I’ve never seen the UW cherry trees in blossom and it was unlikely I’d get back to see them under better conditions before they were gone.  I was determined to sketch them, despite the drenching rain.

While nearly everyone else in Urban Sketchers Seattle sheltered and sketched in the magnificently Gothic Suzzallo Library, I found some good cover in a stair case adjoining the quad.   It took the watercolor a long time to dry in such chilly, wet weather! 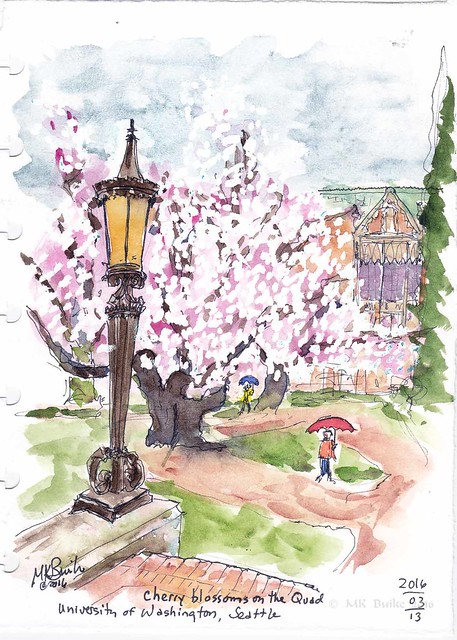 Once the sketch was done, I hurried back to the Suzzallo Library to get warm.  I found a simple staircase view to sketch in the remaining 20 minutes.  I’ve always like the squirrel in stained glass over the door. 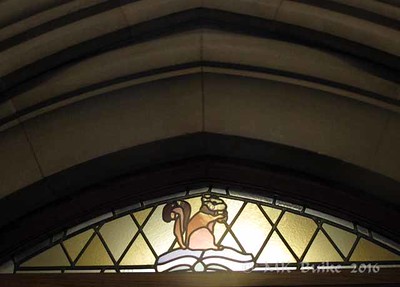 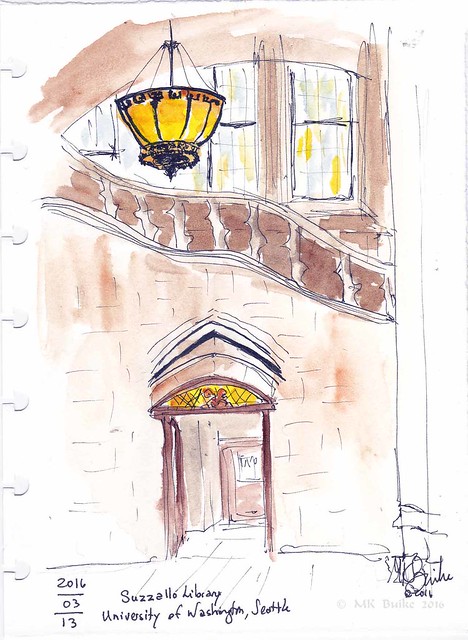 As usual, we gathered to share sketches and take a group photo. 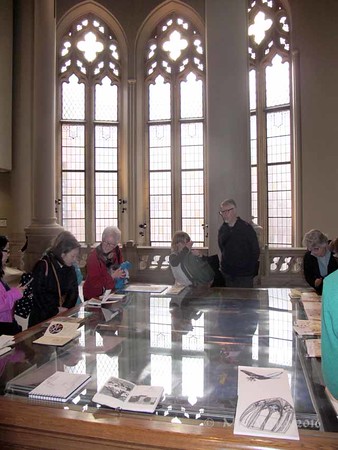 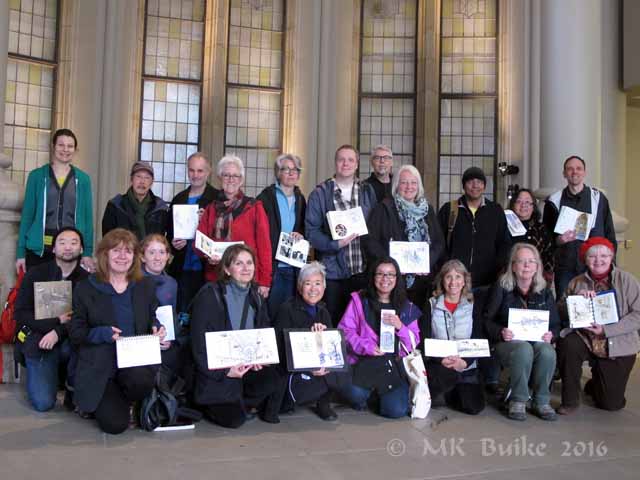 After the outing, the sun shown briefly.  I went out to make some more images…..  here is a selection of the photography from the day:

The amazing “nave” of the library. I still didn’t have the sketching nerve to attempt this view. 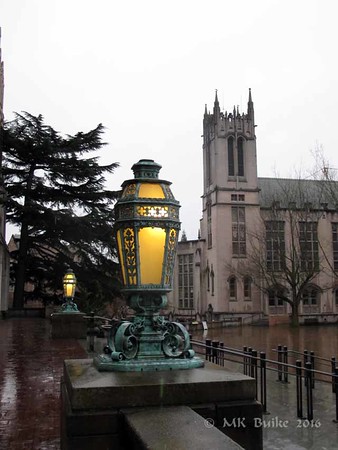 so dark with rain in the morning about 10am that the light was lit. 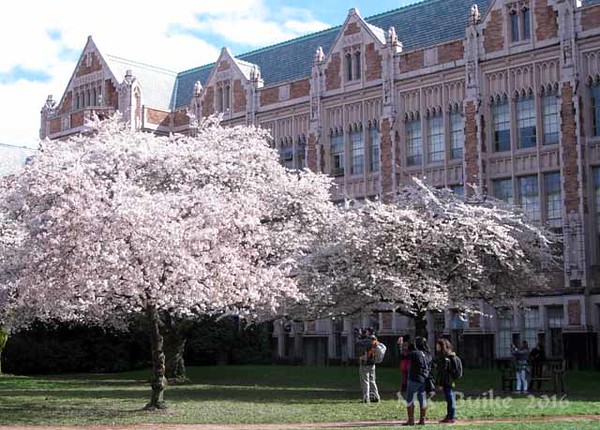 These trees are over 80 years old!

one of my favorites

All the photos are here.

3 Responses to Cherry Trees in blossom