Tap on, Tap off

A few of us planned a trial run on a sketch outing to the new Seattle Light Rail stations at the University of Washington (UW, pronounced U dubb) and Capitol Hill, as well as sketching the new street car line on Capitol Hill.

I invited Feather to join us and we traveled together.  I was her guide to using bus and light rail here.  She mentioned how often we had to tap out Orca cards (Metro prepaid travel cards) at the yellow card stations to pay for trips.  Hence the title of this post.

As we were there early, we wandered the upper level, looking at the views.  And we were interviewed by local TV about the changes in the bus routes.  Yesterday, (Monday) as the first work day after a major change in routes, with some being eliminated due to the new Light Rail route.   I called my husband to record the afternoon news and we did not make it on. 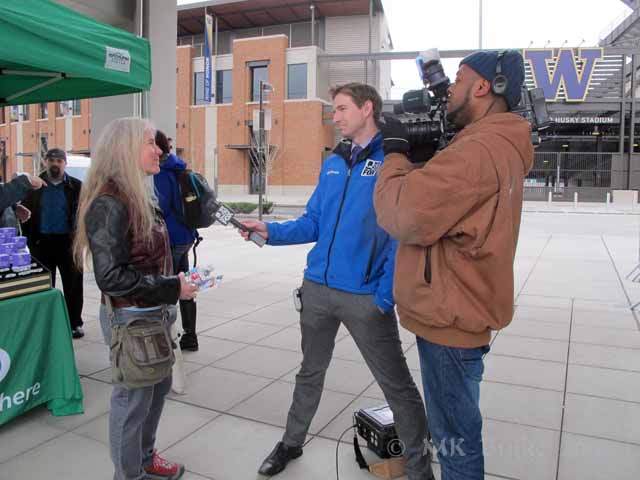 Michele coined the term “Hop Sketch” as were were hopping on an off transit to sketch the stations!

She also made us accordion fold sketchbooks.  I filled most of mine!

My focus today was on the art in the stations.  Every Light Rail station has its own art.  I’m hoping to do a series this year sketching the art at each station.  So now I’ve got a head start.

At the UW station, the art is in the walls.  “Subterranium by Leo Saul Berk.  Aluminum & Polycarbonate 2015  Glowing blue perforations in the walls and ceiling of the station’s central escalator chamber make for a subterranean version of a planetarium.  Berk’s hatch patterns correspond to the geologic layers behind the station walls and were inspired both by geotechnical drawings and a visit to a deteriorating barn with light streaming through holes between its exterior battens.” 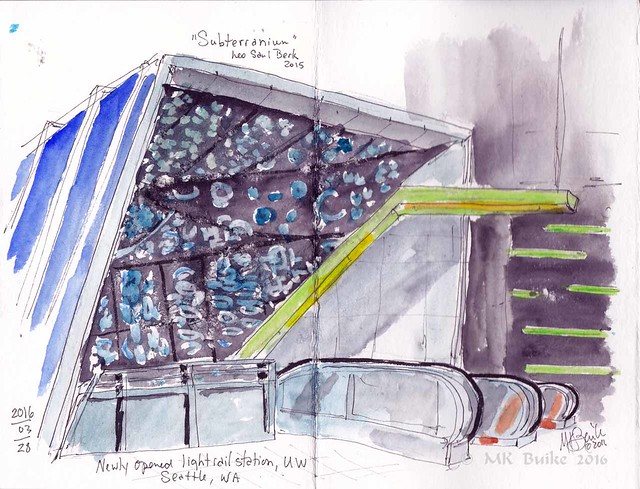 Next, it was on to the Capitol Hill station.  It was hard to get a good view of Jet Kiss by artist Mike Ross.  My favorite view was mid-way up the escalator.  “It features two A-4 fighter jets deconstructed and re-assembled in a kind of frozen mid-air embrace. This monumental sculpture is created from two decommissioned A-4 Skyhawk fighter jets.” 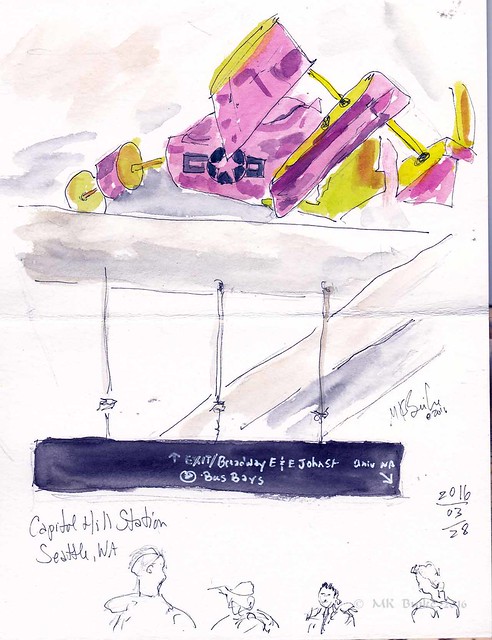 While Michele sketched the street car, which I’d already done some weeks ago, I sketched more art in the station.  Walking Fingers by Ellen Forney.  She is a local cartoonist, Capitol Hill resident, and professor at Cornish College of the Arts. 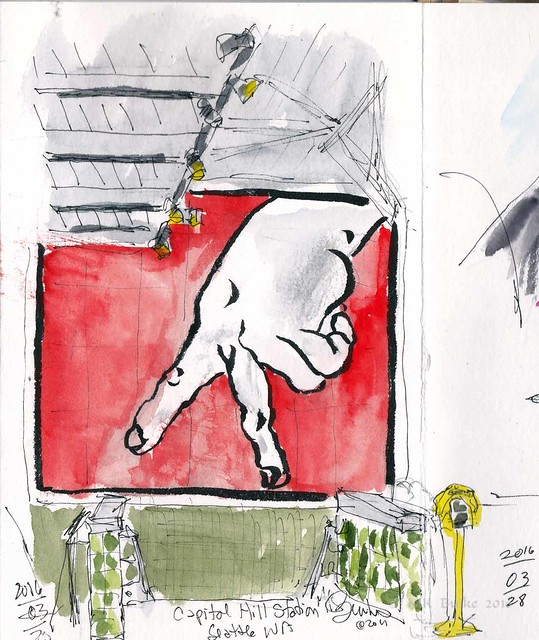 We had a group photo in the station when we shared our sketches.

All the photos are here.

3 Responses to Tap on, Tap off