Urban Sketchers Tacoma outing yesterday (Saturday, July 2) was around the Tacoma campus of the University of Washington.  We call it UW, pronounced u-dub.  The block letter “W” symbol was everywhere.  It made it into both of my sketches today.

As usual, I arrived early to our meeting location outside the UW bookstore.  I sat at some convenient tables there and positioned myself to sketch the nicely decorated light pole, complete with a “W” flag.  This flag also had the University’s “We > Me” motto.  Not quite as math geeky as the Aviation High School’s “√144”  Seahawks flag, but still geeky enough. 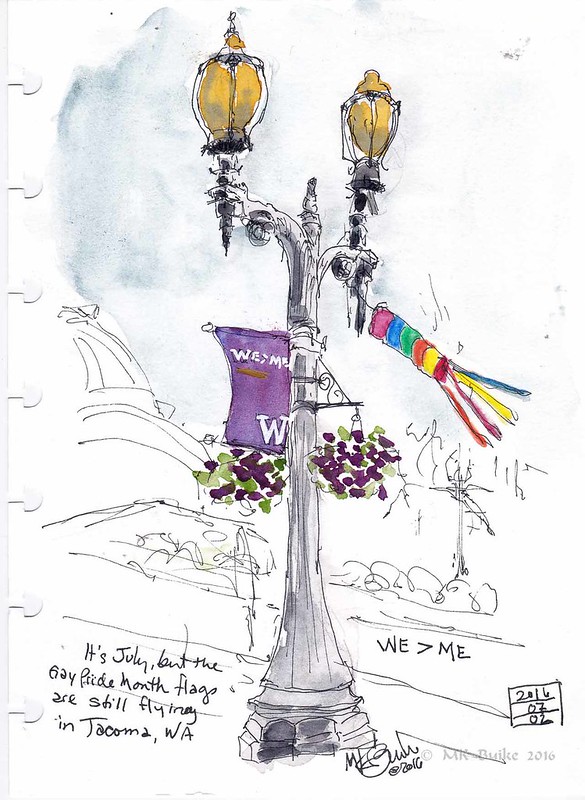 I commented that the Gay Pride month flags are “still” flying.  However, I later found a flyer that Tacoma’s Gay Pride Festival is July 8-16.  Not in the usual June.

Up the steps deeper into campus but not very far and I caught sight of the very large “W” sculpture which greets visitors at the upper end of campus. 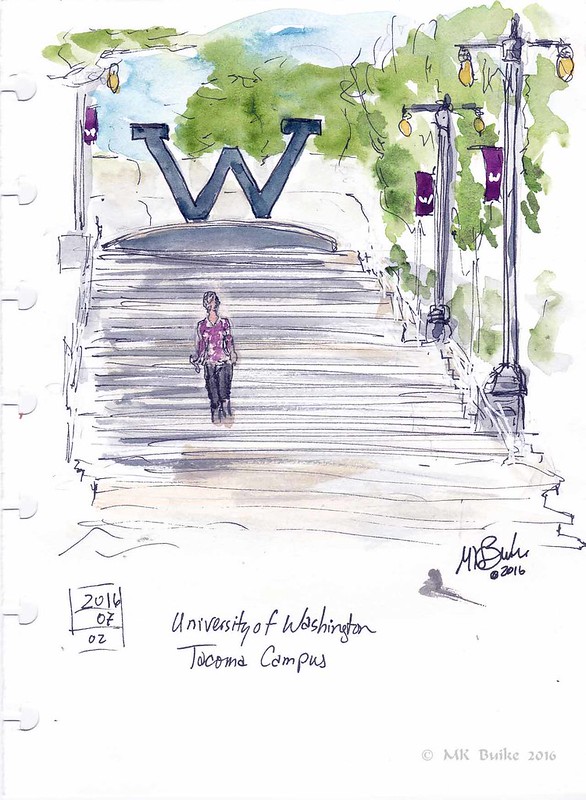 We shared our sketches and had our group photos in Tollefson Plaza. 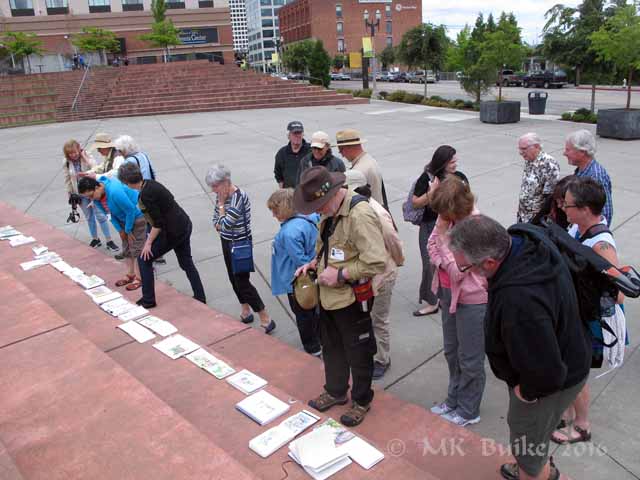 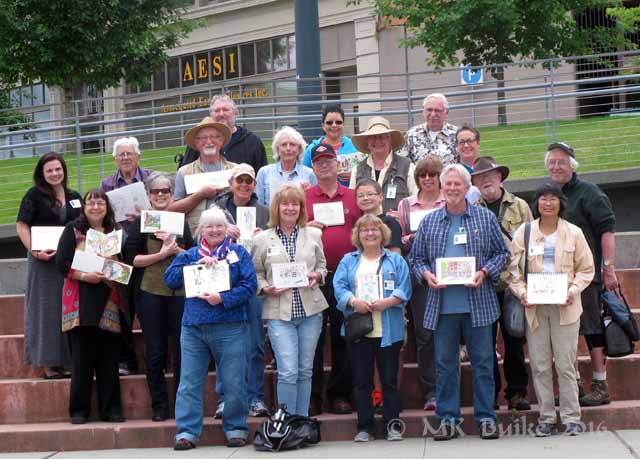 Born in Michigan. Attended undergrad and graduate universities there. I've lived in England, Germany, Southern California and now Washington (state). I'm a retired Medical Social Worker with a past specialty in Oncology. I've enjoyed exploring historical re-creation through the SCA. I costume in several fandoms. Lately I've returned to Art and have taken up Urban Sketching, a version of en plein air painting.
View all posts by redharparts →
This entry was posted in Sketch Crawl, Sketches and tagged ink, Tacoma, University of Washington, Urban Sketchers, UW, WA, watercolor. Bookmark the permalink.