Urban Sketchers Tacoma met at the Foss Waterway Seaport Maritime Museum.  We were 22 people at the point we entered the museum and did a head count.

The group at the end of the session.

It was such a nice day that I did my first sketch outside on the ramp to the dock. The Mountain was nearly out. 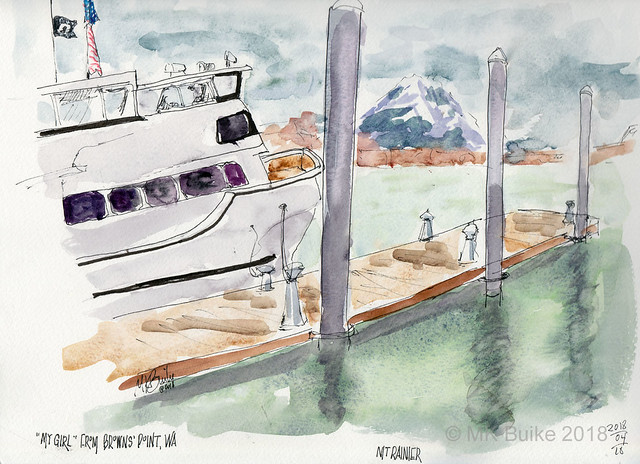 I had a few more minutes before we met up so I sketched the bones laid out for the whale assembly project. The Stadium High School students have already done one skeleton that hangs in the Museum. They are working on another that will hang elsewhere but the Museum is giving them space to work on it. 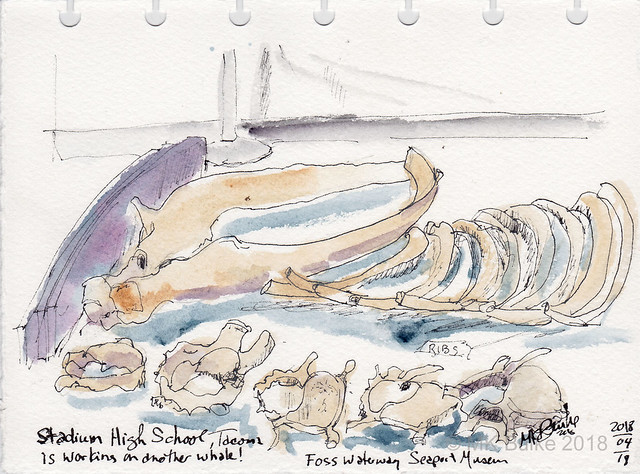 A few more photos are here.

Born in Michigan. Attended undergrad and graduate universities there. I've lived in England, Germany, Southern California and now Washington (state). I'm a retired Medical Social Worker with a past specialty in Oncology. I've enjoyed exploring historical re-creation through the SCA. I costume in several fandoms. Lately I've returned to Art and have taken up Urban Sketching, a version of en plein air painting.
View all posts by redharparts →
This entry was posted in Sketch Crawl, Sketches, Urban Sketchers and tagged Foss Waterway, ink, watercolor. Bookmark the permalink.