The Urban Sketchers 9th International Symposium is happening right now in Porto, Portugal. Several of the sketchers from USk Seattle are there. For those of us who aren’t, Michele and I threw a “Porto Pity Party” at our sketch outing today in Columbia City. It was complete with pasteis de nata, the Portuguese pastry specialty that everyone there is raving about. Chef Patrick of Patrick’s Cafe and Bakery took the challenge of making them for us. Everyone agreed they were delicious.

We started with two dozen. This is all that was left! Actually, one less than that as one sketcher came late.

We met again to share sketches. Our second celebration was the 9th Anniversary of the first Urban Sketchers outing in Seattle which was 19 July 2009. 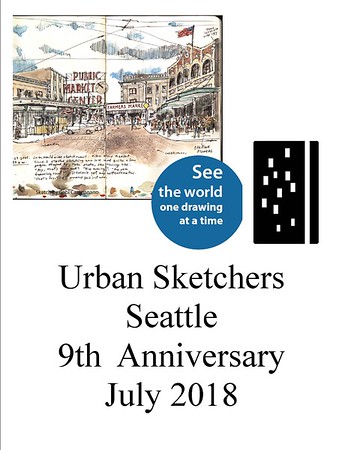 While I had another location in mind, I walked down to the Columbia City branch of the Seattle Public Library. It’s a lovely old Carnegie building that is listed on the National Register of Historic Places. It opened in 1915.   I added some ephemera from the day with the detail sketch of the pasteis de nata. 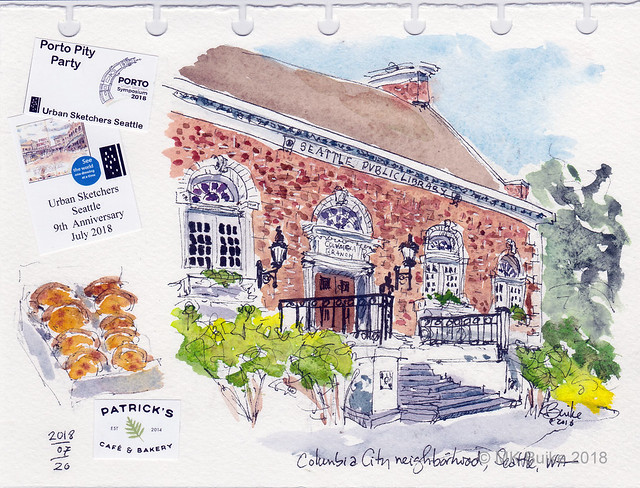