Day 8 (Monday) Another day I decided to use the prompt, which is “Star”. We watched the new series premier of Doctor Who last night. The new Doctor is definitely a STAR. 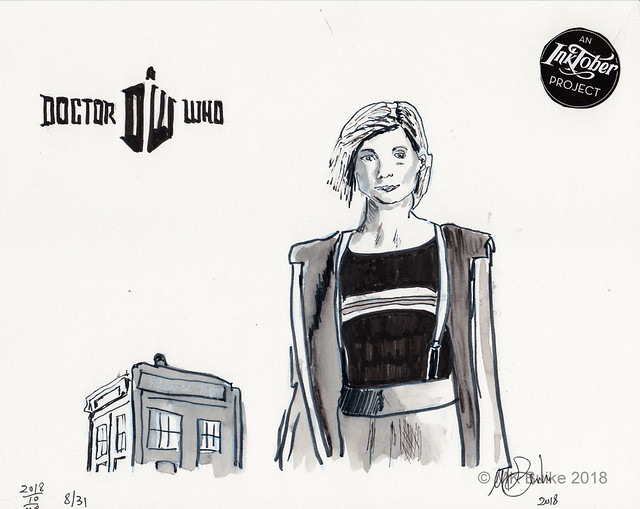 Day 9 (Tuesday) The prompt is “Precious”. I was initially thinking of something else, but then I saw this ballot drop box. Our precious democracy is sustained, in part, by our participation. DO IT. VOTE! I saw a piece on this morning’s news. Reporter went to Orange County, CA (where I used to live). He sought out the UC Irvine students lined up at a bus stop on campus. He asked them, “who’s planning to vote in the midterms?”. Crickets. Not a SINGLE one responded. That’s disheartening. The 26,000 students on campus could change the election results in OC. If they voted. 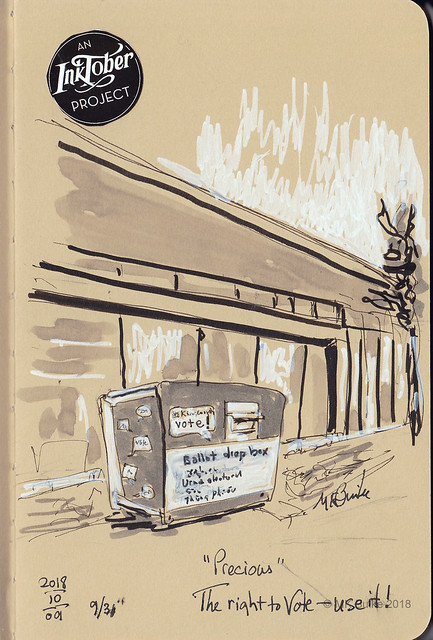 Day 10 (Wednesday) Cosplay Drink and Draw stared up again after a 3 year hiatus. I finally decided I missed it enough to do it myself. The former organizers helped with advice and contacts. 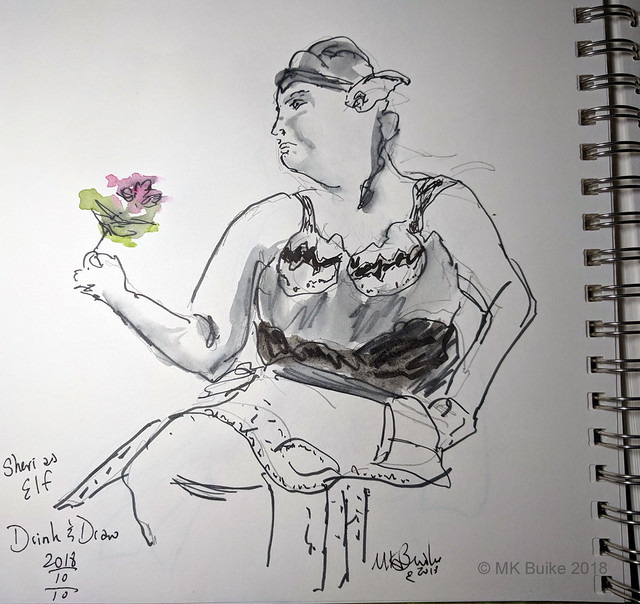 Day 11 (Thursday). The early morning news caught my attention. Two astronauts, one American and one Russian, were launched from Kazakhstan, bound for the International Space Station. The rocket failed after launch. The Soyuz capsule had a “ballistic landing”, meaning it was explosively separated from the rocket and it’s path to earth was extreme. The astronauts pulled nearly 7 g’s during the descent. But they landed safely and were soon reunited with waiting family. On Thursday mornings I volunteer at the Museum of Flight in Seattle and today I was assigned to the Space Gallery where there is a space-flown Soyuz capsule. I mentioned the event to many of the visitors I greeted. I didn’t have time during the shift to sketch it, so I sketched it from my photo. 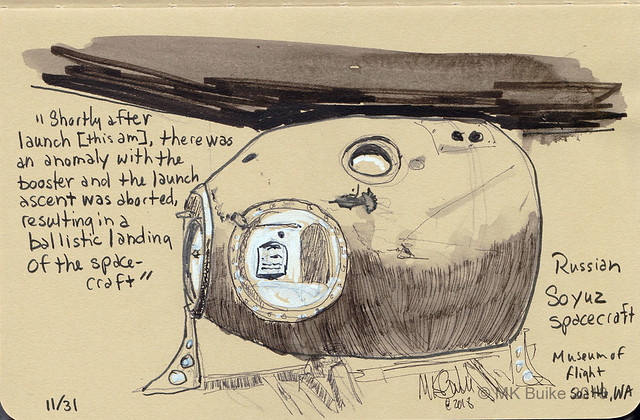 Day 12 (Friday) This is the inked portion of an on-location sketch I did while on an outing to Swanson’s Nursery with Urban Sketchers Seattle. 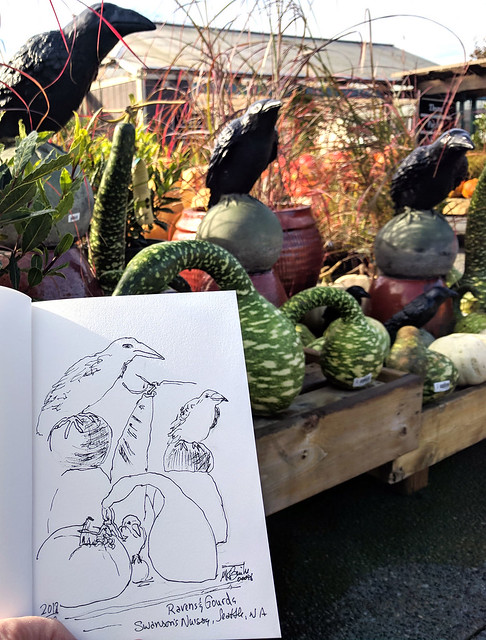 Day 13 (Saturday) While at the local library looking at the salmon run, I picked up an oak leaf and some acorns. 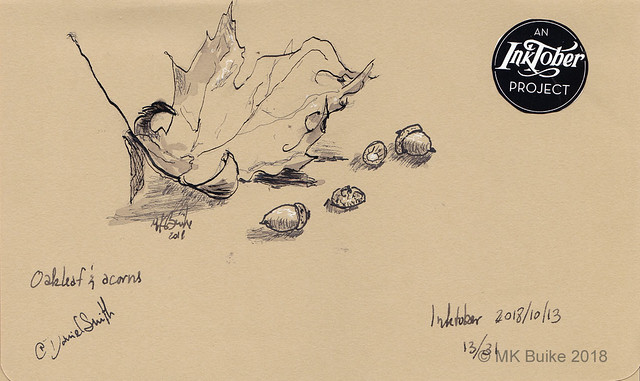 Day 14 (Sunday)  Sketched from a photo. Used brown ink and a tiny bit of watercolor for accent. It’s a wall in Queen Ann neighborhood we sketched at last month. 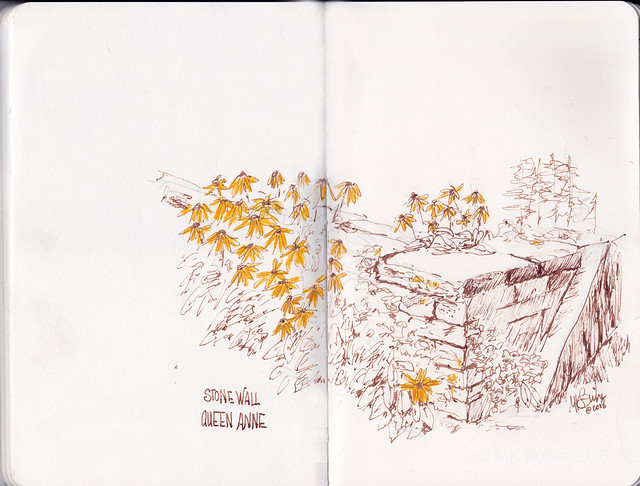 Born in Michigan. Attended undergrad and graduate universities there. I've lived in England, Germany, Southern California and now Washington (state). I'm a retired Medical Social Worker with a past specialty in Oncology. I've enjoyed exploring historical re-creation through the SCA. I costume in several fandoms. Lately I've returned to Art and have taken up Urban Sketching, a version of en plein air painting.
View all posts by redharparts →
This entry was posted in Daily Sketches, Sketches and tagged #inktober2018, Inktober, Inktober 2018. Bookmark the permalink.