Seattle muralist Henry started painting at the Museum of Flight on Tuesday. My plan was to sketch him as he worked. On Tuesday, it didn’t work out due to logistical issues and the visit of some friends.

I went over again on Wednesday morning but it had been raining. So I left when he wasn’t there. However, he must have worked at some point as the mural had progressed when I arrived for my usual shift at the Museum this morning.  Note the tardigrade in the upper right!

I finally got my chance to sketch after my shift. 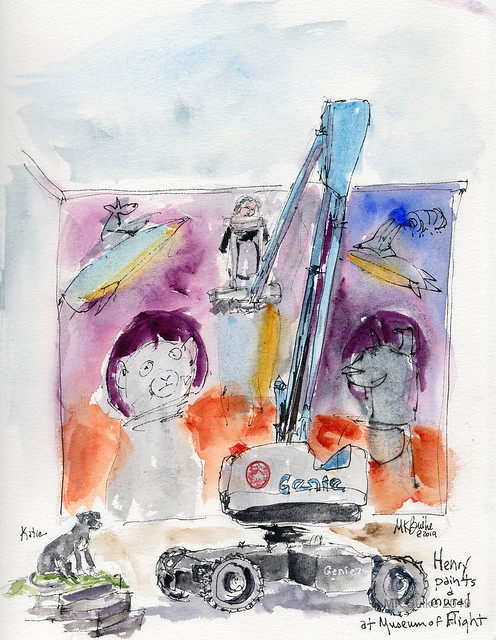 He moved to a different section of the mural and I changed my point of view. 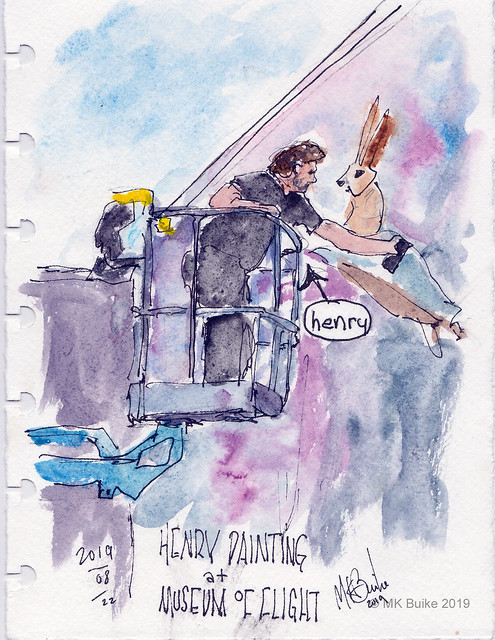 Born in Michigan. Attended undergrad and graduate universities there. I've lived in England, Germany, Southern California and now Washington (state). I'm a retired Medical Social Worker with a past specialty in Oncology. I've enjoyed exploring historical re-creation through the SCA. I costume in several fandoms. Lately I've returned to Art and have taken up Urban Sketching, a version of en plein air painting.
View all posts by redharparts →
This entry was posted in Sketches, Urban Sketchers and tagged Henry, ink, Museum of Flight, watercolor. Bookmark the permalink.