Right after getting home from 3 weeks in Yorkshire , we packed again to travel to Portland. We arrived home on Tuesday and left Thursday noon-ish for Portland. Himself was to attend BSides, another computer conference.

I planned to sketch and hang out with Wanda, our long time friend. We’ve known each other since Germany in the 1980’s. We stayed at McMenamins Kennedy School hotel which was just a couple blocks from her home.

After dropping Himself at the convention center, Wanda wanted to take me to The Grotto. It is the Roman Catholic “National Sanctuary of our Sorrowful Mother” (Mary) operated by the Servite Friars in Portland, OR There is a monastery on the grounds…which are extensive.

The Grotto itself is carved from a rock hillside

The upper gardens are beautiful and accessed by a very tall elevator. That’s Wanda sitting on a bench below for scale.

Once up there, I sketched the view of the church dome below from the chapel with an entirely glass front. 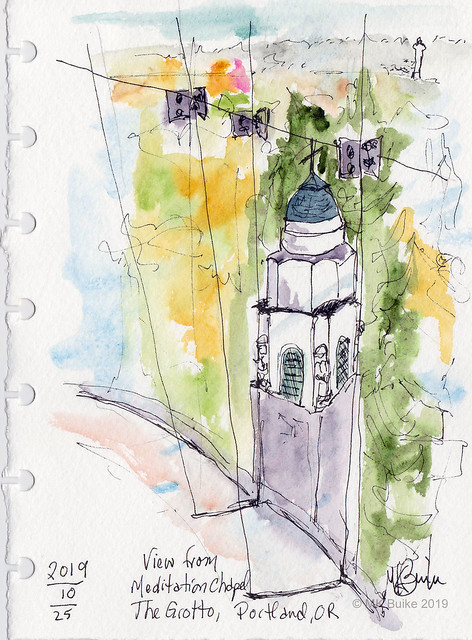 We browsed the shop. I found the statue a friend wanted but it was far too pricey. I saw these dolls, which are the first of their kind I’ve ever seen.  The second one was a nun.

On Saturday, I again dropped Himself off. Wanda and I started at the Chinese Garden, one of my favorite spots in Portland. It was a sunny, crisp fall day with some color still left in the trees. 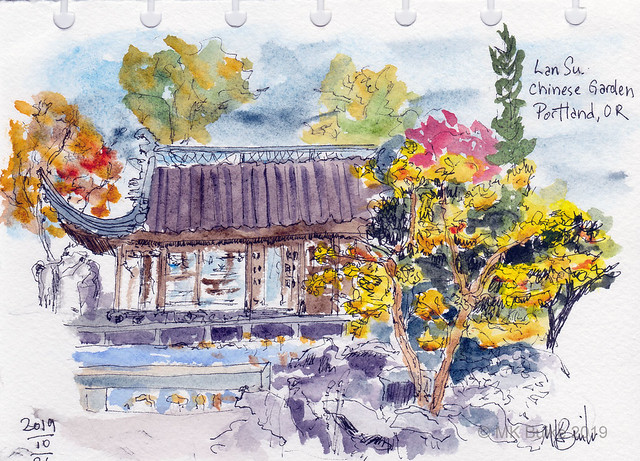 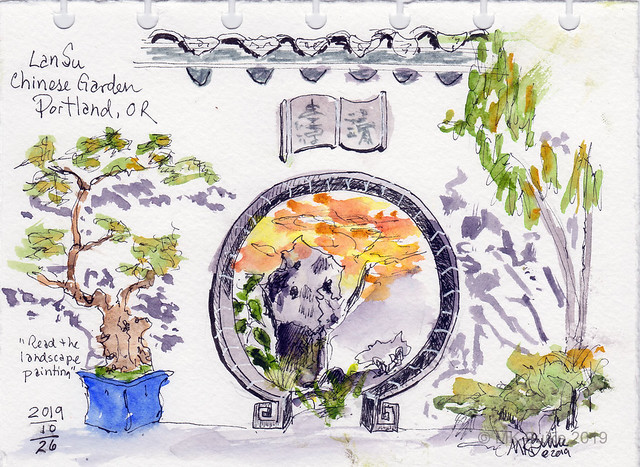 We had lunch in McMenamins Barley Mill, so I got another stamp in my Mcm’s passport.  It was quite the colorful place.  The women’s loo might induce a seizure with the rotating colored lights!

I’ve always wanted to sketch the St. John’s Bridge. Wanda found a good spot from which to view it in Cathedral Park. 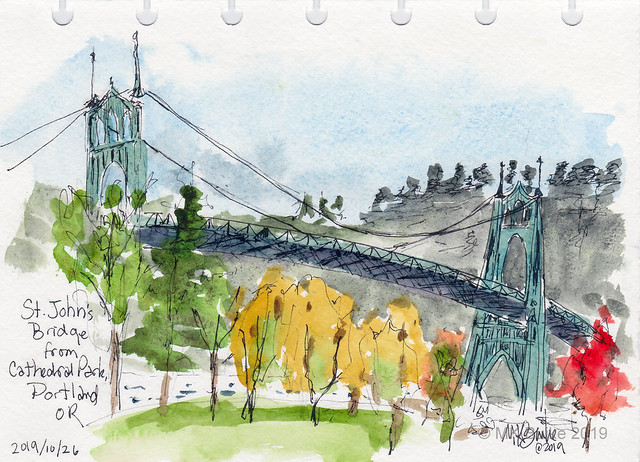