Posted on November 8, 2019 by redharparts

The KEXP radio station broadcasts from within a glass room inside the “Gathering Space” which is a huge room. In one corner is the La Marzocco Cafe. It’s a good place to sketch as, in addition to lots of people, there are interesting things on the walls and around the room.

It was such a beautiful day that several sketchers chose to be outside. 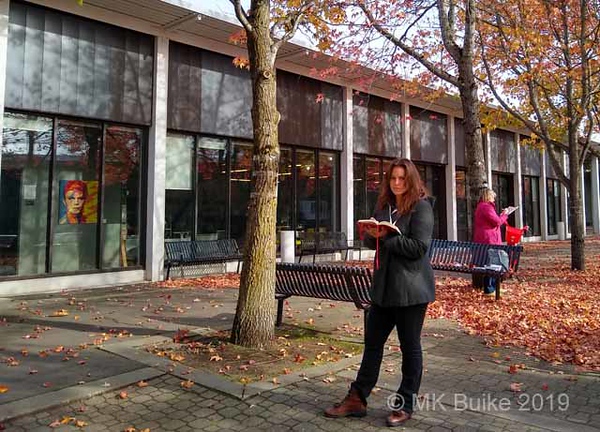 We did the throw down and group photo outside, too.

At least 2 sketchers missing from this photo.

First, I sketched inside.  We had a long table at the back and this was in view.  I liked the energy of the Owl! 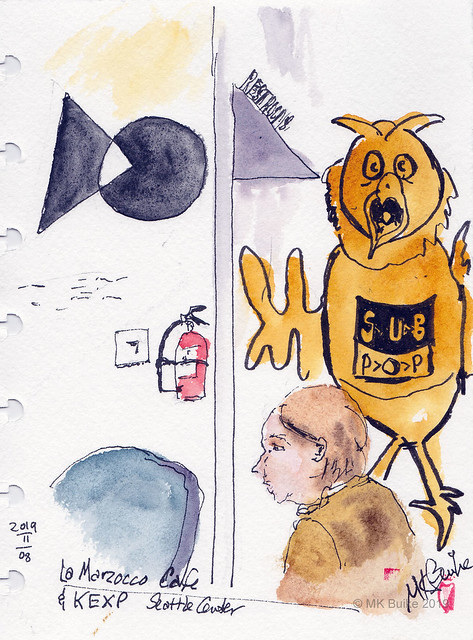 It was rather too warm inside and I went outside to cool off and do another sketch.

While outside, I saw these young women having a good time throwing leaves. 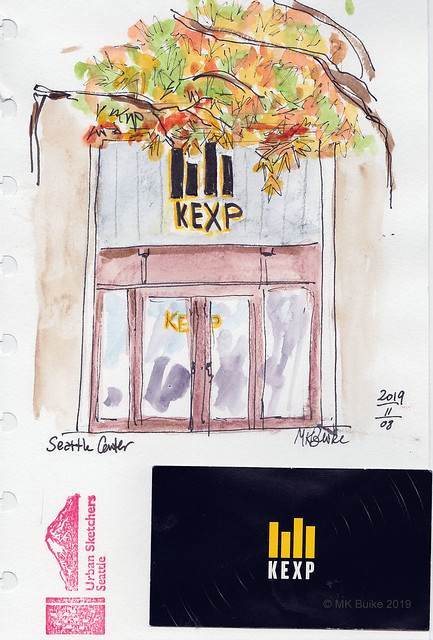 Born in Michigan. Attended undergrad and graduate universities there. I've lived in England, Germany, Southern California and now Washington (state). I'm a retired Medical Social Worker with a past specialty in Oncology. I've enjoyed exploring historical re-creation through the SCA. I costume in several fandoms. Lately I've returned to Art and have taken up Urban Sketching, a version of en plein air painting.
View all posts by redharparts →
This entry was posted in Sketch Crawl, Sketches, Urban Sketchers and tagged ink, KEXP, Seattle Center, watercolor. Bookmark the permalink.