Every year, the Museum of Flight has a Santa Fly-In, which is just how it sounds. This year, Santa and Mrs. Clause came in a de Havilland Beaver floatplane.

Eventually, the line was around the entire gallery! Santa’s station is at upper left.

I got a drawing done before it got too crazy. Why draw a mall Santa when I can draw one sitting under a classic aircraft? 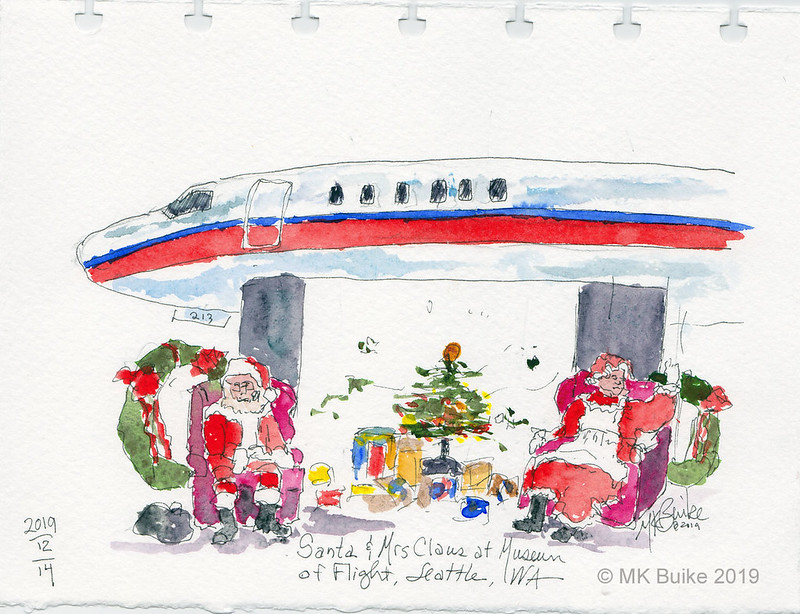 Born in Michigan. Attended undergrad and graduate universities there. I've lived in England, Germany, Southern California and now Washington (state). I'm a retired Medical Social Worker with a past specialty in Oncology. I've enjoyed exploring historical re-creation through the SCA. I costume in several fandoms. Lately I've returned to Art and have taken up Urban Sketching, a version of en plein air painting.
View all posts by redharparts →
This entry was posted in Sketch Crawl, Sketches, Uncategorized, Urban Sketchers and tagged ink and wash, Museum of Flight, Santa Claus, Santa Fly-In, watercolor. Bookmark the permalink.