My day started at 0330. It is delivery day for the fuselage of the B-52G Stratofortress “Midnight Express”. First I drove past it in the opposite direction on I-5! Then I positioned myself to see it travel over the bridge near Airport Way. 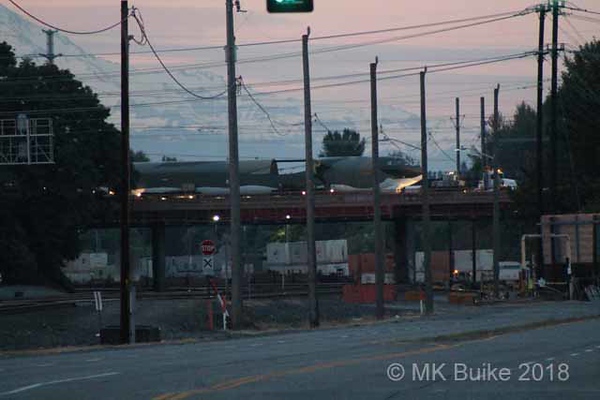 Next I met up with it as it arrived at 0530 (a half hour early!) to the staging area a few blocks south of the Museum of Flight. There was a nice crew of Museum staff, volunteers and members there to greet it.  Some of them had been up all night. 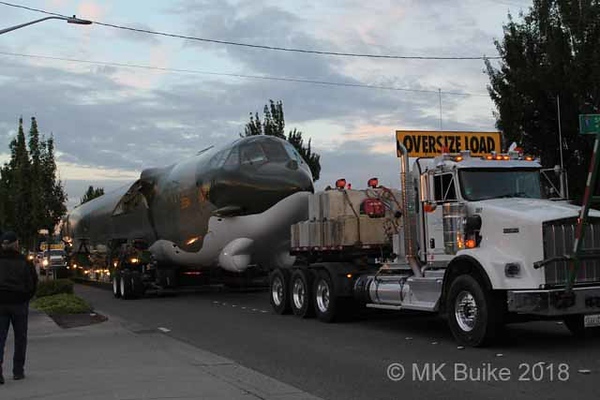 I must give appreciation and admiration to Omega Morgan. “Heavy Lift” indeed. This move was a feat of engineering. As I wrote a couple days ago, the trailer for the fuselage was custom made.

This man has an object in his right hand. According to Museum staff, he holds a remote control which can control each wheel separately! They backed it in to it’s spot! All 170 feet of it! Their motto is “strength and trust”. The Museum’s trust in their strength was definitely not in vain. 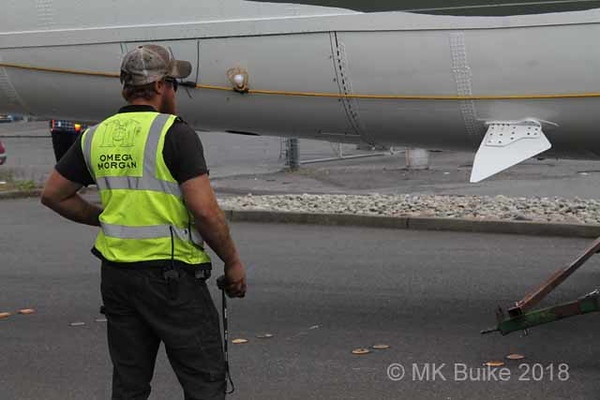 The tail swung over the crowd. “No turn on red” indeed!

My sole sketch today was done at the staging spot on the street. The “PR Guy”, Ted, posted a photo of me sketching. 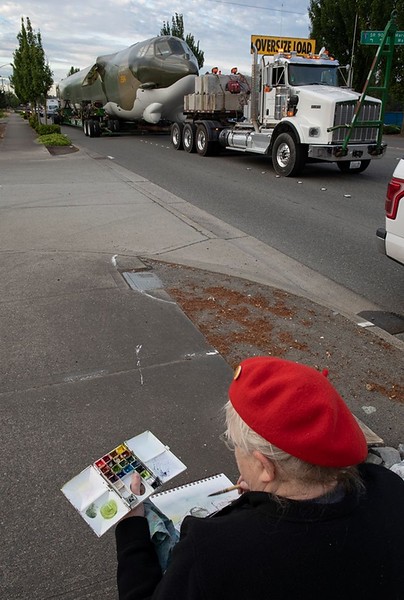 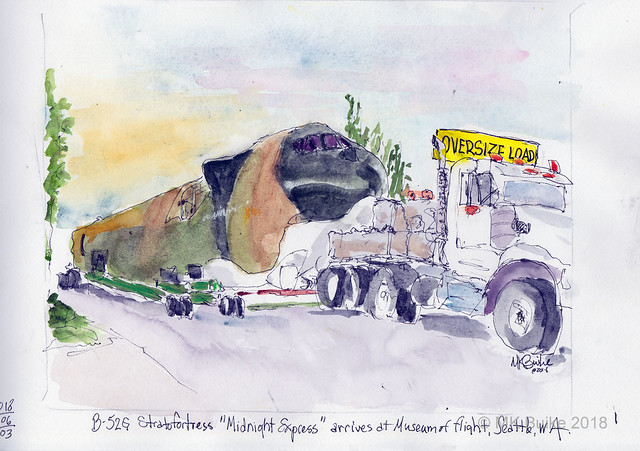 Many more photos are here.

Born in Michigan. Attended undergrad and graduate universities there. I've lived in England, Germany, Southern California and now Washington (state). I'm a retired Medical Social Worker with a past specialty in Oncology. I've enjoyed exploring historical re-creation through the SCA. I costume in several fandoms. Lately I've returned to Art and have taken up Urban Sketching, a version of en plein air painting.
View all posts by redharparts →
This entry was posted in Sketches, Urban Sketchers and tagged B-52, ink, Museum of Flight, Omega Morgan, Project Welcome Home, PWH, Seattle, WA, watercolor. Bookmark the permalink.

2 Responses to B-52 Arrives