On Alki with Don

It was a full workshop with Don Colley at Daniel Smith today.  In a surprise twist, we went to Alki Beach instead of staying at the store.  There was about an hour in the class room and then we car pooled over.  We spent the rest of the day sketching there.

In the Daniel Smith class room

I walked down to the far end so I could sketch the marker commemorating the landing of the first settlers in 1851. 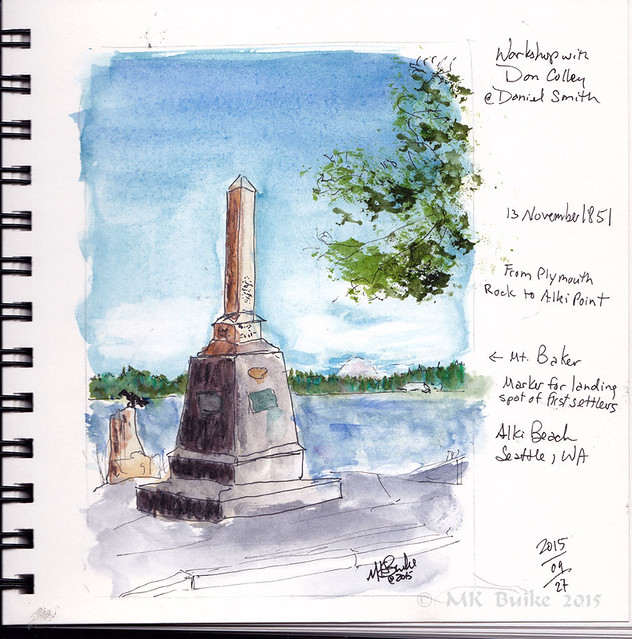 We met for lunch and more presentation from Don.

He even marked up his face to illustrate his point about how to draw faces!

I was unprepared with warm coat, hat and gloves that would have helped endure the chill wind.  So I went a block off from the beach to a playground I’d seen while hunting for a parking space.  It was sheltered from the wind and sitting in the sun I warmed up.  I called called it the Whale Tail and I later learned that actually was the name of the playground!  I also tried something new with the second box with a smaller drawing. 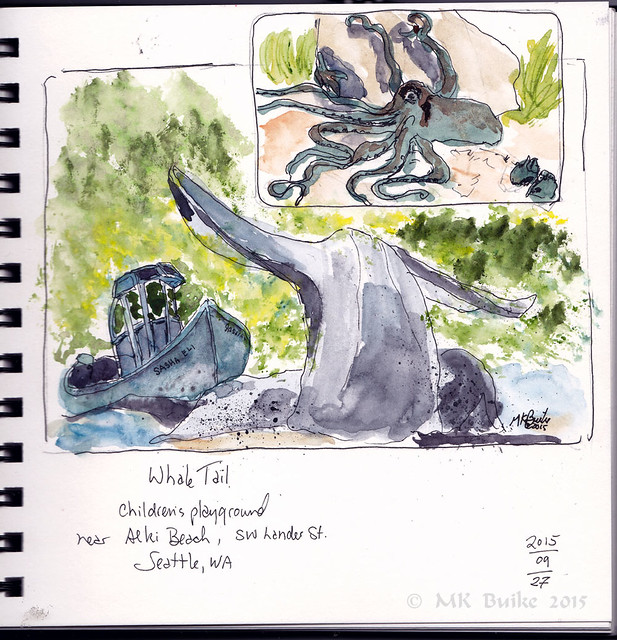 4 Responses to On Alki with Don